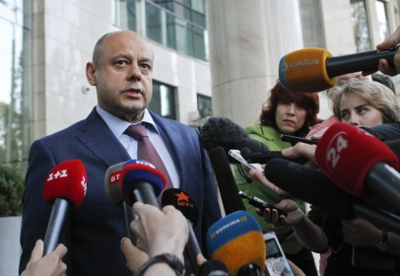 Just 12 days after Ukraine’s energy minister admitted his country would have to rely on Russian coal to make it through the winter, it now appears Moscow has cut off the supply without warning.

Coal-fired power plants provide around 40 per cent of the country’s electricity. Energy minister Yuriy Prodan had earlier this month noted that the ongoing conflict in the east of the country had disrupted Ukraine‘s usual supply of coal.
“According to information received from DTEK and (state-run) Tsentrenergo, coal supplies from Russia have been suspended,” an energy ministry spokesman quoted Prodan as saying.

“The company received no official notification about the delay in shipments. Now we are trying to find out the reasons and circumstances of the current situation,” DTEK said in a statement.

Ukraine, which needs to import around one million tonnes of coal per month to meet its electricity needs, had signed a supply deal with South Africa to boost reserves, but earlier this month the supplier discontinued shipments, citing concerns about political instability.

In September, South Africa and Russia signed an intergovernmental agreement on strategic partnership and cooperation in the nuclear industry, said to be worth in the region of $10bn.