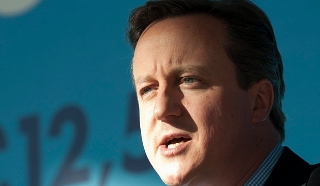 The British wind power industry is up in arms after the ruling Conservative party announced that will end any new public subsidies for wind farms.

The main government party announced the measure as part of its unveiled manifesto ahead of the forthcoming general election.

The manifesto says wind power has made “a meaningful contribution to our energy mix” but a Tory government would also change the law on new applications so local people have the final say.

Andrew Whalley, chief executive of Renewable Energy Generation, which owns or operates 16 wind farms around the UK and has about 20 plants in development said, “The whole thing is just perverse beyond belief.”

“For a government that claims to be the greenest ever and wants electricity prices to be lower it doesn’t make any sense,” he said, arguing that wind farms in some locations were as cheap as gas plants and supported thousands of jobs.

Onshore and offshore wind farms currently generate about 10 per cent of the UK’s energy. According to sector leadership 19,000 jobs are at risk if the Conservatives return to power as well as a further 10,000 jobs if the sector continued to be supported. The onshore wind sector delivered à‚£1.6bn in investment in the UK last year.

The plans being proposed by the main opposition Labour provide a dramatic contrast. They say they will create 1m extra green jobs over the next decade and pledged a new “legal target” to remove carbon from the electricity supply by 2030.

The Conservatives insist they have not taken their eye of the ball in reducing emissions.

“At home, we will continue to support the UK Climate Change Act,” the manifesto states, adding: “We will cut emissions as cost effectively as possible, and will not support additional distorting and expensive power sector targets.”

The party added that they had trebled renewable energy generation to 19 per cent during their watch.

The news came the same day as a Bloomberg Energy Finance report announced that the world was irreversibly heading towards a shift to clean energy.

“The electricity system is shifting to clean,”à‚ Michael Liebreich, founderà‚ of BNEF, said in his keynote address at the corporation’s annual summit in New York. “Despite the change in oil and gas prices there is goingà‚ to be a substantial build out of renewable energy that is likelyà‚ to be an order of magnitude larger than the build out of coal andà‚ gas.”

The shift occurred in 2013, when the world added 143 GW of renewable electricity capacity, compared with 141 GW in new plants that burn fossil fuels. The shift will continue to accelerate, and by 2030 more than four times as much renewableà‚ capacityà‚ will be added.à‚