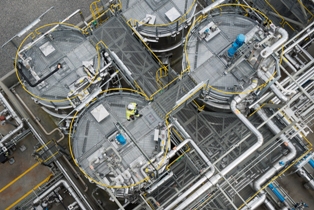 The UK has paid out nearly à‚£30m ($44m) in support for carbon capture and storage (CCS) projects since 2011 while producing no results, a report published on Sunday in The Guardian newspaper found.

Despite government payments to Shell, Drax and others for work on CCS projects, the UK’s à‚£1bn CCS commercialization competition was scrapped late last year in what was described as a U-turn. à‚

At the time, Prime Minister David Cameron said that “while I completely believe in the idea [of CCS], the technology is not working” and that “even after you’ve spent that à‚£1bn, that doesn’t give you CCS that is competitive in the market. The government hoped the costs would come down. But they did not.”

This week The Guardian reported that a à‚£26m payment had been made to Drax to support the now-defunct White Rose CCS scheme in England, while à‚£3m went to SSE and Shell’s Peterhead project in Scotland, which was shut down in November.

The UK’s handling of CCS is currently under investigation by the National Audit Office. The government said the payments had already been committed and would support the long-term development of the technology. à‚

The news comes as 24 member nations and the European Commission prepare to attend the international Carbon Sequestration Leadership Forum in London next week.

Clive Lewis MP, the shadow energy minister, told The Guardian that the payments mean “the [UK] taxpayer will have quite literally spent money for nothing”.à‚