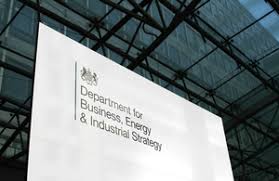 According to the plan issued by the Department for Business, Energy and Industrial Strategy (BEIS), the UK “will need to drive a significant acceleration in the pace of decarbonization” in order to meet its fourth and fifth carbon budgets (covering the period between 2023 and 2032). à‚

To this end, the government said it aims to invest over à‚£2.5bn ($3.3bn) to support low carbon innovation from 2015-2021. The National Productivity Investment Fund will provide an additional à‚£4.7bn, and an extra à‚£2bn per year by 2020-21. BEIS said this represents the largest increase in public spending on UK science, research and innovation since 1979.

According to BEIS, the country has already “outperformed” the emissions reductions targeted in its first (2008-2012) carbon budget by 1 per cent. BEIS predicts that future emissions will similarly come in under the second and third carbon budgets (2013-2022) by 5 and 4 per cent respectively.

BEIS also estimated that the nation’s low carbon economy could grow by 11 per cent per year between 2015 and 2030 ” four times faster than the rest of the economy ” and could deliver between à‚£60bn and à‚£170bn in export sales of goods and services ” a central concern given the uncertainties represented by Brexit ” by 2030.

The report highlighted policy measures to be taken under several broad categories. To accelerate clean growth, the government aims to set up a green finance task force and invest up to à‚£20m in a new clean technology early stage investment fund. To drive energy efficiency, it aims to invest around à‚£162m in research and innovation in energy, resource and process efficiency, including up to à‚£20m to encourage switching to lower carbon fuels. To improve residential energy efficiency, it aims to support around à‚£3.6bn of investment to upgrade around 1 million homes through the Energy Company Obligation (ECO), and extend support for home energy efficiency improvements until 2028.

BEIS also aims to decarbonize the heating sector through building and extending heat networks across the country, underpinned with public funding to 2021, and to phase out the installation of fossil fuel heating in new and existing homes currently off the gas grid during the 2020s, starting with new build.

Other spending plans include à‚£4.5bn to support low carbon heat technologies in homes and businesses between 2016 and 2021; à‚£184m, including two new à‚£10m innovation programmes, to develop new residential energy efficiency and heating technologies; à‚£1bn to support the uptake of ultra-low emission vehicles (ULEV); and à‚£80m, alongside à‚£15m from Highways England, to support EV charging infrastructure deployment.

For the power sector, which produces 21 per cent of the UK’s emissions, the Strategy notes that unabated coal-fired power is planned to be phased out by 2025, while à‚£557m is to be allocated for Contract for Difference auctions (see yesterday’s in-depth story) beginning in 2019.

In addition, the government aims to set a carbon price for the 2020s, further details of which are expected in this autumn’s budget.

Industry reaction so far has been positive but cautious. Louise Kingham, CEO of the Energy Institute, said the plan “breathes new life into decarbonizing the UK and the skills that will make it happen” but warned that “meeting the UK’s carbon targets is ultimately a numbers game and the real proof will be in the delivery”.

“Hitting 57 per cent emission reduction by 2030 in a cost-effective way, and realizing the big industrial wins that come with that, calls for a no-surprises investment climate,” she warned.

Tim Yeo, chair of New Nuclear Watch Europe, said the plan was “very welcome especially as it recognizes the important role of nuclear power in not only ensuring the UK meets its climate mitigation pledges but also in the jobs and growth that can be provided by new nuclear development”.

John Sauven, executive director of Greenpeace UK, said the plan was “on the right track” but noted that the transport sector is now the largest CO2 emitter [at 24 per cent]. The country needs “stronger ambition on phasing-out diesel and petrol cars before the 2040 ban,” he said.

Nina Skorupska, head of the Renewable Energy Association (REA), said the plan was “welcome” and “focuses on areas that have not been given a huge amount of time or thought to previously in government, such as industrial efficiency or the built environment, both of which are crucial”. à‚

However, she added that “for many of our members they will see very little substance in this plan and we will have to ensure we are pushing government for how they intend to address the big issues of adding low-carbon generation, greening our heat system, cleaning our transport and leading the decentralization revolution that will lead to a cheaper and low-carbon future.”

And James Court, head of policy and external affairs at the REA, said that for the power sector “we need to see a much more technology neutral approach”. He said “the cheapest generation onshore wind and solar remain blocked to market, and the backbone of the low-carbon revolution, bioenergy, forgotten.”