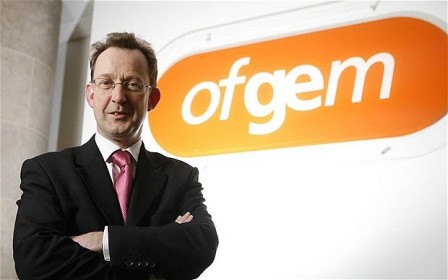 The British power industry is burning coal “as if it’s going out of fashion” and is heading for dependency on gas imports to keep the lights on.

That was the stark message today from Alistair Buchanan, the boss of UK energy regulator Ofgem.

Ahead of a speech he will give in London this afternoon, Buchanan told BBC radio this morning that the UK has little options left to counter a capacity crunch that he says will come in the next five years.

And in reply to being asked where this gas was going to come from, he said: “We are going to have to go shopping in world markets.”

He also stressed that production of shale gas was not going to come in time to contribute to tackling the capacity crunch. He said shale gas “could be exciting for us but it’s not going to affect the time horizon [or the impending crunch]”.

Buchanan is to step down as Ofgem chief executive later this year and is clearly planning to go out with a bang.

His comments today come after he told British newspaper The Daily Telegraph earlier this week: “If you can imagine a ride on a rollercoaster at a fairground, then this winter, we are at the top of the circuit and we head downhill – fast. Within three years we will see reserve margin of generation fall from around 14 per cent to below 5 per cent. That is uncomfortably tight.”

Buchanan has received both support and criticism to his remarks. Angela Knight, chief executive of Energy UK, said he was “highlighting an area of very real concern”.

She said that while the UK was committed to more utilization of renewables and building new nuclear, “it is essential that authorities pay close attention to the transition, such as assessing what capacity is needed and what headroom is required, and creating a mechanism that allows for steady phasing out of old plant as new technology comes on stream to maximise stability and give confidence to customers and to generators”.

Tim Knox, director of think-tank the Centre for Policy Studies, said: “Politicians have kicked the energy can down the road for too long. That can is now going to blow up: households will end up paying the price in higher energy bills and maybe even energy outages. This was both predictable and unnecessary. We now urgently need a clear policy designed to meet the twin aims of lower energy costs and greater security of supply.”

Claudia Mahn, an analyst at IHS Energy, agreed with Buchanan that government incentives are needed to spur investment in new generation capacity, but added his remarks “do carry a somewhat alarmist undertone given that new data from the Department of Energy and Climate Change shows that UK energy demand is at a 14-year low and not expected to rise dramatically over the next five years”.