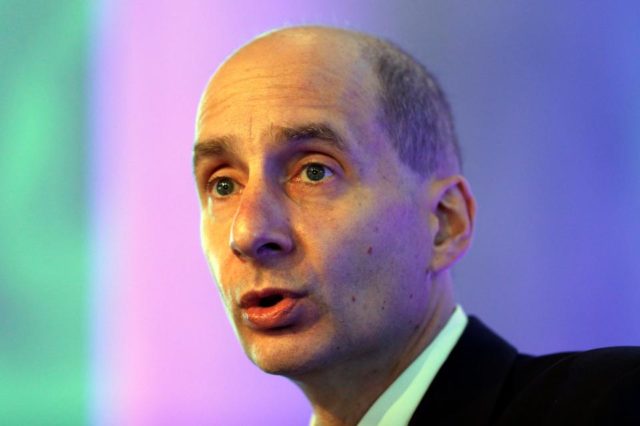 The British government is to champion innovation in the clean energy sector as one of the country’s four main economic drivers aimed at overall long-term growth unveiled in its Industrial Strategy document on Monday.

The 255-page document promises to maximize the advantages for UK industry in the global shift to clean growth and attempt to revive the country’s productivity.

The strategy places clean growth among four ‘Grand Challenges’ that it aims to solve. It describes decarbonisation as one of the “greatest industrial opportunities of our time”, and discusses the government’s intention to place the UK at the forefront of it.

Around £725m of new funding is promised for the Industrial Strategy Challenge Fund over the next three years to back innovation in high-priority sectors, on top of the £1bn already pledged earlier this year.

The plan includes £400m for electric vehicle charging infrastructure and an extra £100m of funding to extend the government’s grant offer for plug-in electric cars, although both pledges have already been touted by ministers and were confirmed in last week’s Budget.

An extra £178m of extra interim funding was also confirmed for the government’s Catapult programmes, with a long-term funding agreement set to be agreed next year. Catapults have proved crucial for support research into clean energy technologies, including offshore renewables.

The government’s new industrial strategy has made local smart energy systems one of its priority areas of development.
The document is a positive development for clean energy practitioners, a week after the Treasury announced there would be no new support for renewables until 2025.

Referring to the strategy as “unashamedly ambitious”, Business Secretary Greg Clark said reviving Britain’s flagging productivity lies at the heart of the industrial strategy the government unveiled on Monday to help chart the future of the country’s economy as it leaves the European Union.

Lord Adonis (above right), chairman of the UK’s National Infrastructure Commission, said it is “significant” that the strategy has a clear focus on developing new low-carbon technologies, following his warnings earlier this year that tackling congestion, capacity, and carbon emissions pose the three biggest threats to the UK’s future competitiveness.

Approval for the document isn’t universal with Hugh MacNeal, chief executive of RenewableUK, saying it was “disappointing” not to see a clear strategy set out for onshore wind, the cheapest form of clean energy generation, while campaigners also expressed concern that no support appeared forthcoming for tidal lagoons – a sector that is still awaiting a crucial decision on whether the government will support a new wave of projects.

The document reinforces the country’s Clean Growth Strategy, announced last month, and adds more, including the need to remodel the national electricity grid to enable the various different kinds of renewable generation that are coming on-stream.

The government also intends to embrace new technologies that enable far greater storage of electricity and the management of demand.

“Smart systems can link energy supply, storage and use, and join up power, heating and transport to increase efficiency dramatically. By developing these world-leading systems in the UK, we can cut bills while creating high value jobs for the future,” the strategy states.

The government has also committed to implement its Smart Systems & Flexibility Plan in full by 2022 to enable a more flexible approach to energy, centred around the use of smart meters.

Louise Kingham, chief executive of the UK’s Energy Institute, said that the strategy “lays solid, economy-wide foundations and identifies the great challenges of our age. The energy sector has a defining role to play in making a success for the UK of clean growth and the mobility transformation in particular.

“It’s reassuring to see a focus on nurturing the people and innovations needed to take the UK economy beyond Brexit and beyond carbon.  I am encouraged as well to see that resource efficiency in business, industry and construction have such a prominent place, and that the government is committed to taking a whole systems approach to decarbonising our energy infrastructure.”

She added that “sector deals are still needed to up the pace of progress in technologies where the UK has advantage. We look forward to the results of discussions with key sectors such as nuclear, renewables and oil and gas as soon as possible.”