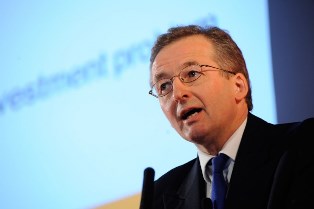 Last week saw the UK repeatedly go without coal-fired power generation, a milestone as it was the first time the country had not used the fossil fuel for power since the first steam-driven public power station opened in Holborn, London in 1882.

From Monday May 9th to the following Sunday lunchtime, the UK was at “zero coal” almost one-third of the time.
Falling power prices, cheap and abundant gas and the growth in renewables have hastened the end of coal power and while the government has pledged phasing it out completely by 2025, some analysts believe the date could be brought forward.

Dieter Helm, professor of energy policy at Oxford university, told the Financial Times, “Since 1990 three things have happened: nuclear has made no progress, gas has become a big fuel source and renewables have come along.”

“It is not unusual outside Britain to see coal playing no role in electricity supply — it happens in Germany regularly. But it does tell us that coal is going to collapse in this country faster than thought.”

Analysis by Aurora Energy Research suggests coal power stations need a wholesale power price of about £40 per megawatt hour to make them worth running. Last week, the average price was just £29 per MWh.