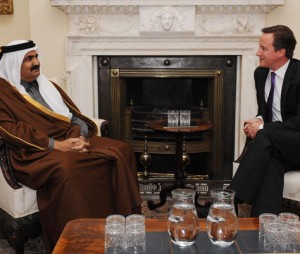 The UK energy industry could benefit from investment from Qatar if talks between the respective governments are successful.

Qatar is willing to invest up to $15bn from the gas-rich Middle Eastern state into key infrastructure projects in Britain.

According to the FT, the potential projects include energy plants, road and rail projects.

Among the specific schemes discussed is the new $21bn nuclear reactor at Hinkley Point in England planned by EDF, the French energy giant. EDF has been seeking new investors in its new-build nuclear programme since Centrica quit its joint venture last month.

The government is also seeking finance for gas and wind power projects to fill the vacuum being created by coal power plant closures.

David Cameron made clear his welcome for any potential Qatari investment when he hosted a delegation at Downing Street in January with both the Emir of Qatar and the Qatari prime minister as guests of honour.

Discussions continue over how any fund would be structured and what return the Middle Eastern investors would receive.