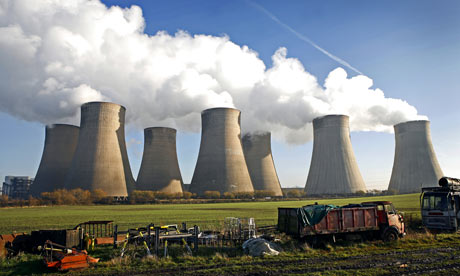 The UK‘s coal-fired power sector is mired in controversy with the government promising to meet emissions targets and new research saying it is almost certain to fail.

The government has said it will close older coal-fired power stations that do not have emissions reduction technology by 2025, but economic modelling by researchers at Imperial College London’s Energy Policy and Technology unit showed that, under current policy, nearly half of the nation’s older coal-fired generating capacity will still be operational in 2030.

This could affect the UK’s compliance with European emissions targets, with analysts projecting that UK carbon emissions could be 2.5 to five times higher than allowed. Under the legally binding target, emissions must be cut to 60 per cent of 1990 levels by 2030.

Dr Rob Gross, the report‘s lead author, said: “We modelled a variety of scenarios and, with the UK’s existing suite of energy policies, in every instance à¢€¦ 2030 emissions targets were missed.”

Under the European Industrial Emissions Directive (IED) and the UK’s own Emissions Performance Standard (EPS), older coal-fired plants must be fitted with carbon abatement technology or closed. As many of the nation’s 40- to 50-year-old plants are nearing the end of their operational lifetimes and are too inefficient to be upgraded, they will need to be shut down.

However, green groups say the government has given mixed signals with recent policy decisions such as the lack of a national decarbonization target, not applying the EPS to existing plants, freezing the Carbon Price Support mechanism and allowing coal plants to participate in the capacity market, all of which could allow older plants to run for longer without installing costly new technology.

Paul Verrill, director of analysis firm EnApp Sys, warned in World Coal magazine that the slow development of emissions control technologies constitutes a significant threat to the nation’s coal-fired power sector, which also faces a huge challenge from the rise of gas. He writes: “The key challenge for the future of coal generation is this: how can the industry fund the acceleration of new [carbon abatement] technologies in a timescale that prevents it from missing the boat while the world sails on?”