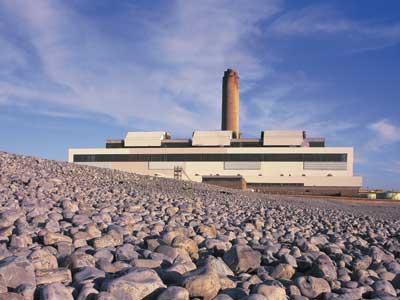 The UK department for environment, food and rural affairs and the Welsh government are set for fines from Brussels for allowing a coal-fired power plant to breach air pollution rules.

Defra and the Welsh government are likely to have to pay European commission’s legal costs for breaching air pollution rules at the Aberthaw coal power station.

Ox emissions from the plant were adjudged to be far above EU limits.

The European Court of Justice said the UK’s defence of how it regulated Aberthaw power station did not stack up and it should be forced to pay legal costs.

The plant’s permitted NOx emission limit was reduced from 1,200 milligrams per normal cubic metres to 1,100mg/Nm3 in 2012, but this was still well above the 500mg/Nm3 limit set in the EU’s large combustion plant directive – now part of the industrial emissions directive (IED). From 1 January 2016, the limit dropped even further to 200mg/Nm3.

Defra and the Welsh government claimed that they could use an exemption in the law for plants burning solid fuels whose volatile content is less than 10%. They argued that this exemption was specifically designed for plants such as Aberthaw which uses locally sourced anthracitic coal that is more difficult to burn and is economically important to the local area.

They added that Aberthaw’s operator RWE was investing in the plant and its NOx emissions were expected to fall to 450mg/Nm3 by the end of 2017.

The Guardian reports that the court pointed out that the annual average volatile content of Aberthaw coal was above the 10 per cent limit and said there was no official evidence that the exemption was designed with Aberthaw in mind.

It is likely that Defra and the Welsh government will have to change how Aberthaw is regulated to comply with the rule as soon as possible. If they do not, they face being dragged back to court and could be fined. The CJEU also recommended that the UK should pay the European commission’s legal costs.

Brexit may prove a complication in future but for now the UK is still bound by CJEU rulings.

In a statement in response to Power Engineering International an RWE Generation spokesperson stated, “We are disappointed by  the European Court of Justice ‘Opinion’ judgement against the UK Government and its application of the “Low volatile matter” derogation under the Large Combustion Plant Directive (LCPD) to Aberthaw Power Station.”

“Aberthaw Power Station was specifically designed to burn Welsh, regional, low volatile coal and historically, 60 per cent of its fuel diet  is Welsh.  The station has always been compliant with its operational permit.”

“Following a successful installation of new technology to one unit  at the plant the NOx emissions have been substantially reduced. RWE has committed to further reduce emissions and increase fuel diversity, despite very difficult market conditions. The technology for this project will enable all three of the station’s 500MW units to expand the range of coal they can use, with an additional 30% reduction in nitrogen oxide (NOx) emissions.”

In April, RWE announced its decision to change its  operating regime, which will focus on ensuring secure capacity is available when needed but with lower energy generation operations than in previous years. The company says it is awaiting the final EU court judgement.