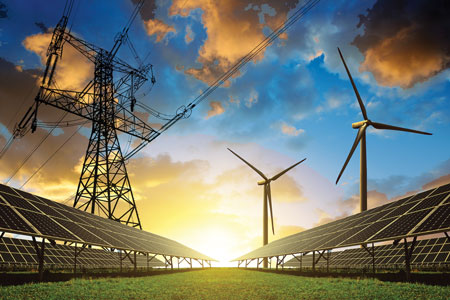 A team of academics has produced a roadmap showing how commitment to electrification can save 42 per cent of world energy demand.

Forbes reports that the team which includes 27 academics from Stanford, Berkeley, Berlin and Denmark demonstrates how 139 countries could rely on 100 per cent wind, water and solar renewables by 2050.

In a subsequent video, Jacobsen rebuts the notion that renewables are not up to the task of meeting world energy demand.

The group breakdown how removing fossil fuels positively impacts by way of energy efficiency increases across sectors, enabling a net savings of 42 per cent of world energy use that will both derive from and ease the transition to clean energy.

“We find that by electrifying everything in these countries and by providing that electricity with clean renewable energy, power demand goes down about 42 per cent without really changing much habit,” says Mark Z. Jacobsen, a professor of civil and environmental engineering and director of Stanford’s Atmosphere/Energy Program.

• About 13 per cent of all energy worldwide is used to mine, transport and refine fossil fuels, so the elimination of fossil fuels immediately provides a savings of 13 per cent. Jacobsen includes the mining of uranium in this calculation, envisioning a future in which renewables also replace nuclear power.

• The remaining 7 per cent in Jacobsen’s calculation comes from “modest” policy-driven efficiency improvements that could be implemented during the transition.