The slow growth of renewable technology in Russia means the country will continue to significantly depend on thermal sources for power generation.

This is according to data and analytics company GlobalData’s latest report that notes thermal power is expected to have the largest share in Russia’s power generation mix by 2030, with a 57.8% share.

According to GlobalData’s report, Russia Power Market Outlook to 2030, Update 2021 – Market Trends, Regulations, and Competitive Landscape, Russia’s large reserves of natural gas and coal have kept the country away from embracing renewable sources for power generation.

Rohit Ravetkar, Power Analyst at GlobalData, says: “In 2030, power generation from renewables will contribute a share of only 1.2%. The availability of cheap conventional energy sources has meant renewable just hasn’t been a priority. In fact, Russia has the world’s largest proven natural gas reserves and the second-largest coal reserves.” 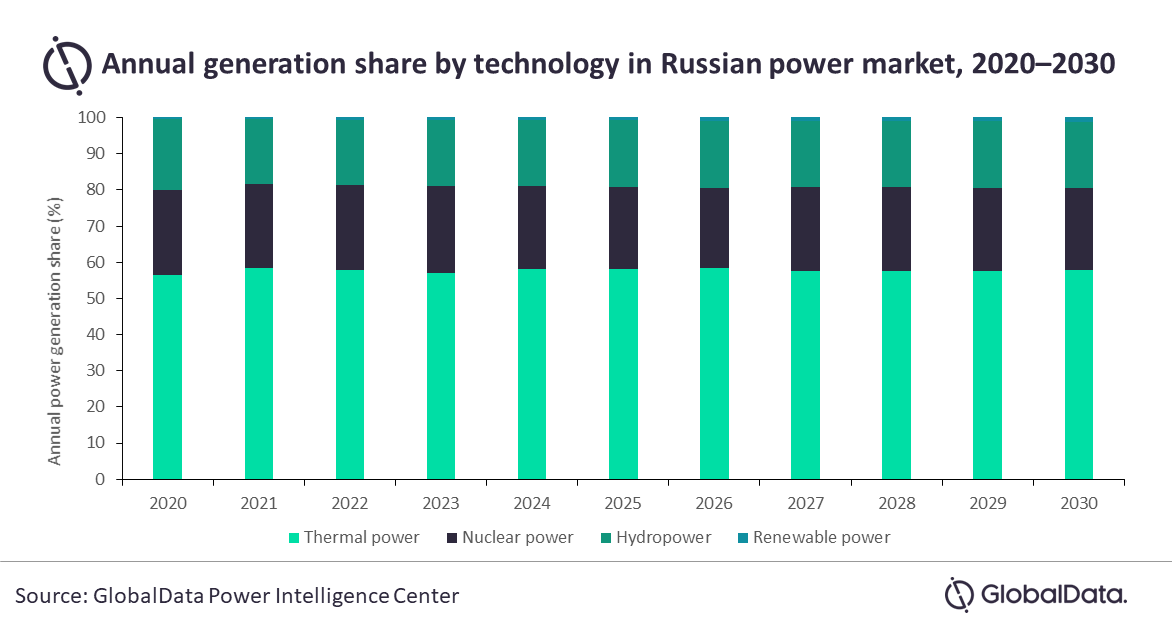 Ravetkar continues: “This slow pace of technological transition is one of the major challenges of the Russian power sector. For example, nearly half of the current thermal power plants in the country were commissioned before the 1980s. Further, the factories that supplied equipment to these plants have not seen any modernization since the fall of the Soviet Union, which now means that most of the power plants in the country are functioning at low efficiency.

According to Ravetkar, there is an urgent need to refurbish ageing plants and infrastructure and this creates a significant investment opportunity, specifically for foreign companies supplying newer energy-efficient technology and pollution-control equipment for thermal power generation plants.