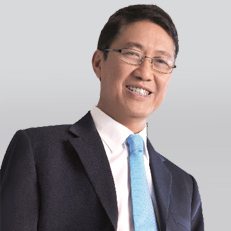 In a move aimed at doubling its production capacity, Thai power company Ratchaburi Electricity Generating Holding (Ratch) has announced plans to invest around $1bn in overseas and domestic power projects.

Among the planned investments are the 2 GW Jawa 7 coal-fired plant in Indonesia, the 400 MW Sekong 4 hydropower project in Laos, and a 2 GW power plant project in China, as well as bids on seven public-sector solar projects at home, which could total as much as 35 MW.

According to the company, these investments could double its power production capacity to a total of 8 GW by 2018.

The projects are at various stages, with Jawa 7 set to be approved by Indonesia’s government in December, a joint development agreement signed on Sekong 4 with Lao World Engineering & Construction Co, and a joint venture agreement expected on the Chinese project by the end of this year.

“This will mark our first step into China, which is a huge potential market,” Ratch CEO Rum Herabat (pictured) was quoted as saying.