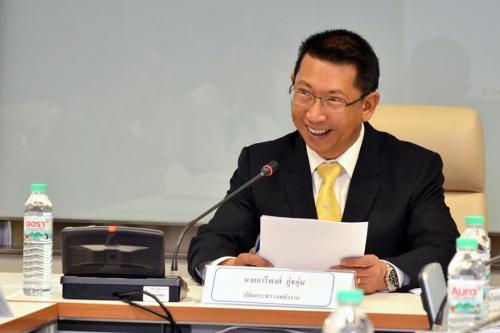 Thailand’s Ministry of Energy Areepong Bhoocha-oom says the government will press ahead to build the 800 MW Krabi coal-fired power plant as the facility is crucial to meeting growing demand for power in the south of the country.

The minister says demand from tourism and the service sector is increasing by as much as 10 per cent annually, with overall electricity generation in the south standing at about 2400 MW while local users demand 2600 MW.

Mr Arepoong says the demand must be met by the facility as well as renewable power plants to be built on Thailand’s Central Plain.

“New power plants that will be main sources of power need imported coal because there is not enough natural gas. Clean coal technology is internationally recognized for pollution prevention and a recent meeting of ASEAN energy ministers resulted in the agreement of all countries to develop more power plants to be fired with clean coal,” Mr Areepong said.

The Krabi project is currently undergoing its environmental health impact assessment (EHIA) before it is proposed to the National Environment Board for approval. Once approved under Thailand’s Power Development Plan, the plant is expected to be operational in 2019.

The plant has seen opposition from NGOs and local residents who assert that the port construction is a swamp protected by the Ministry of Natural Resources and Environment.