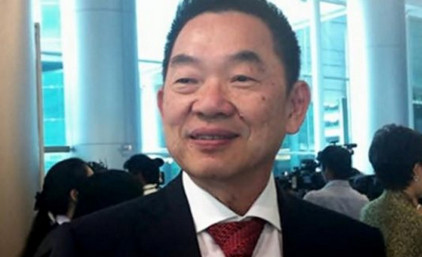 Thailand is targeting the development of more coal-fired power plants as it struggles to meet surging demand for electricity.

The country’s energy minister, Mr Pongsak Raktapongpaisarn, believes Thailand has too much of a dependency on natural gas-fired power and says coal power offers a ‘viable alternative.’

The immediate concern for the government has been heightened by the performance of routine maintenance on a gas platform in Myanmar in April.

This will lead to a drop in gas supplies to Thailand of 1.1 billion cubic feet per day, potentially creating a nationwide energy supply shortfall.

The minister said that 70 per cent of Thailand’s electricity generation comes from gas power, which he says is unhealthy. However he added that renewables and nuclear power sources were too expensive.

“Few energy sources are cheaper than natural gas — nuclear, hydro or coal. The so-called soft, alternative fuels such as wind or solar energy have a high price tag of 10 baht per unit,” Mr Pongsak said.

“Relying on these sources will add to the public’s power bills while eroding the competitiveness of the industrial sector.”

He said the ministry is looking to build a coal-fired power plant in the resort province of Krabi but has run into opposition from locals.

“All agencies must speed up their attempts to make the public understand that coal-fired technology is a viable alternative to our current heavy reliance on natural gas,” he said.

“The technology has become better and cleaner. If people are made to understand this, they will accept coal-fuelled power plants more easily.”