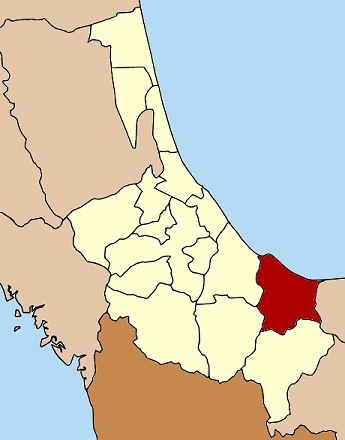 Thailand’s national utility has declared a public review process for a proposed coal-fired power project successful despite ongoing protests, saying it plans to use the model for future projects.

The review process for the 2 GW power project in the Thepha district of Songkhla province (pictured), which is planned to include a fuel delivery pier, is now termed the ‘Thepha model’ and involved “providing information to locals and then letting them spread it among their neighbours,” according to assistant governor Pol Kongsue of the Electricity Generation Authority of Thailand (Egat).

Kongsue told Thai newspaper The Nation that, as part of the review process, community members were invited on educational trips where they could discuss the project with experts. “When we implemented the Thepha model, we focused on highlighting the benefits of the project and let locals consult with one another. If the locals want it, then they will have to take action,” he said. According to Egat, around 12,000 citizens participated in the review process.

The public review represents the third stage of the development process, after which the environmental and health impact assessment (EHIA) will be compiled and submitted to the National Environment Board (NEB). If it is approved, Egat will then ask the government for the final go-ahead.

The Network of Songkhla Citizens, a community group which opposes the plant, reportedly took issue with Egat’s distribution of free rice and t-shirts as part of the review process, and around 300 protesters are said to have attended the final public hearing. However, the secretary-general of the Central Islamic Council of Thailand, Pol Maj-General Surin Palarae, was quoted as saying that the project “will boost living standards for locals”, while Songkhla governor Thamrong Charoenkul reportedly said that “The people of Thepha, as  tax payers, will soon have a power plant and a port for coal delivery in their locality”.

Separate protests erupted in July over Egat’s plan for an 800 MW coal-fired power station near a tourist beach in Thailand’s Krabi province. That project has since been placed on hold.

Egat has said it plans to build nine coal-fired power stations in southern Thailand in the next 20 years.