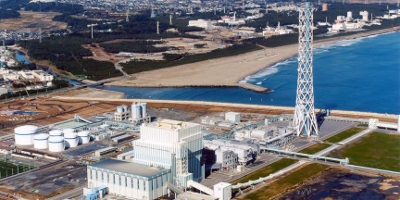 Tokyo Electric Power Co. (Tepco) is to add to its coal power capacity in an attempt to reduce its energy bill.

The Japanese company has seen its bill increase substantially since Fukushima and much of the blame for that lies with costly oil purchases.
The management now wish to generate as much as 54 per cent more of its electricity from coal-fired power plants, according to the Japan Times.

“By establishing new coal-powered plants, thermal power generation costs can be reduced, first by cutting the use of oil-burning units,” the newspaper quoted Reiji Ogino, an analyst at Mitsubishi UFJ Morgan Stanley Securities Co. “Japanese government requests to power companies that they lower the rates they charge will encourage movement to coal-fired plants, since coal is a relatively cheap energy source.”

The No. 2 unit at Tepco’s Hitachinaka plant, which can produce 1 GW began operating April 4, while the 600 MW No. 6 unit at its Hirono facility will start in the middle of this month, company spokesman Yusuke Kunikage said.

Tepco is also purchasing half of the power produced by the No. 1 and No. 2 units at Tohoku Electric’s Haramachi plant, each of which can generate 1 GW, said Hiroki Enami, a Tohoku Electric spokesman. Unit No. 2 began operating on Nov. 3, while No. 1 started Jan. 28, he said.