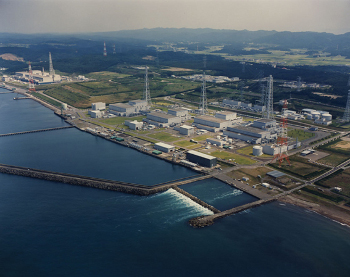 The world’s largest nuclear power plant is to remain offline this year, according to reports.

Unnamed sources familiar with the matter told the Reuters news agency that Japan’s government no longer expects the 8.2 GW Kashiwazaki Kariwa nuclear plant (pictured), located 300 km from Tokyo, to be restarted in 2014.

Plant owner Tokyo Electric Power Co (TEPCO) had planned to restart both of the plant’s reactors this month in a bid to boost its ailing finances. However, one of Reuters’ sources said the restart could be delayed by as much as a year.

“It will take some time for Kashiwazaki, it will be impossible to restart it this fiscal year,” the source was quoted as saying.

Japan’s new Nuclear Regulation Authority is currently in the process of vetting plant restart applications from the nation’s utilities after all of the country’s 50 reactors were shut down post-Fukushima. The regulator has apparently fallen significantly behind schedule in the vetting process, leading to further economic hardship for utilities, which have been forced to import fossil fuels such as coal and liquefied natural gas.

TEPCO is reportedly considering consumer price rises if it is unable to reopen the plant, but says a restart could save it $1bn per month in fuel costs.

While TEPCO posted a profit in fiscal 2013 for the first time since the Fukushima disaster, the regulatory delays have forced several other utilities to apply for bailouts from the Development Bank of Japan.