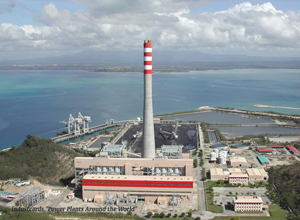 Construction has begun on the 388 MW plant, which is scheduled to come online in November 2017. à‚ The new plant will be a third unit at the Pagbilao coal-fired plant in Isla Grande, Quezon province.

TeaM Energy Corp (TEC), a joint venture between TEPCO and trading firm Marubeni, will finance the project, with local power company Aboitiz owning a 50 per cent stake. The total cost is expected to be around à‚¥100bn.

Construction will be undertaken by a consortium of Mitsubishi Hitachi Power Systems and Korea’s Daelim Industrial Co under a full turnkey contract, TEPCO said.

While TEPCO and Marubeni have been jointly operating three thermal power plants in the Philippines since 2007, the project will be TEPCO’s first overseas investment since the 2011 Fukushima disaster. à‚

The power company aims to expand overseas operations as part of its business recovery plan, announced this year. à‚ à‚

“In order to realize the revitalization of Fukushima, TEPCO aims to further accumulate expertise in relation to overseas thermal power generation businesses, to strengthen its revenue base and enhance profitability,” it said in a statement.