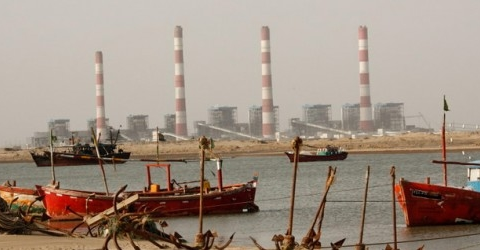 The Tata coal-fired power generation plant at Mundra in India has found a way of cooling the facility despite heavy competition for scarce water resources.

Kirloskar (KKB) Brothers Ltd., an Indian machine-tool maker, has built a water-pumping system that uses 2.8 million gallons of seawater every minute to cool the plant.

The pumping system takes water from the Arabian Sea to help cool the 4000 MW plant in western India and it is expected to use almost 14.3 million cubic meters of water daily.

Tata Power (NSE: TATAPOWER) is competing with farmers and cities for access to water in a nation with 18 per cent of the world’s population yet only 4 per cent of its freshwater.