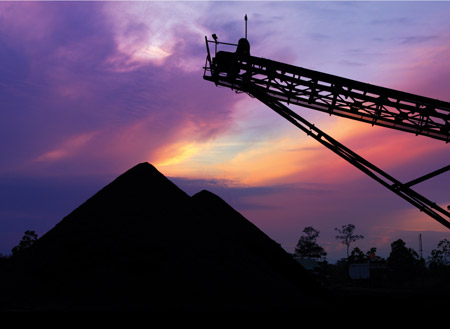 “The future of coal is brighter than some people think,” according to a boss at analyst IHS Energy.

“The ground has already been laid for the next boom in coal prices, and the longer the wait for price recovery goes on, the greater the likelihood that values will spike,” said David Price, senior director of IHS Energy’s Global Steam Coal Service.

IHS said that the steam-coal market is expected to remain challenging for the next few years, “due to prices close to all-time lows, a massively oversupplied Chinese market, uncertain Indian market growth, and diminishing consumption across Europe, the United States and China”.

But the US company adds that there are signs of a recovery in the market and stated that it expects supply and demand to rebalance later this decade.

In a new forecast, IHS said that coal “follows the trend of boom and bust, with the boom cycles normally a lot briefer in duration than the latter. Currently mired at the bottom of the bust-cycle, the coal industry finds itself in a challenging position for the same reasons weighing on other commodities, an oversupplied market, which continues to suppress global prices”.

Last year, prompt European steam coal prices from key suppliers including Colombia and Russia averaged $56.77/tonne. In 2014 prices averaged $77.20/t and today they are struggling to hold levels of $45.00/t.

And David Price said that before the market can stabilize, prices may still have to decline further. “We believe that prices in 2016 may have to come down further from 2015 levels, but probably not by as much as they did from 2014.”

But he added that IHS expects the prices to begin climbing as 2020 approaches. “It is today’s weakness that is laying the ground for tomorrow’s market strength.”

Price explained: “The longer this bear market continues, the greater the chance of a substantial spike in prices, because the industry will not be in a position to respond to the demand side when that first additional tonne of coal cannot be supplied.”

He said that “coal’s battle for the European and US markets has likely been lost, worn down by increasing environmental costs, government measures to move away from coal, and in the US at least, competition from cheap gas, but other markets continue to offer promise of further growth”.

IHS said that India’s plans to expand its fleet of coal-fired power plants will reinforce its status as the world’s leading market for internationally traded coal. Reflecting its COP21 commitments, India has all but doubled taxes on coal purchases.à‚ The flat-rate tax is structured in such a way as to drive India’s coal consumers to buy higher-quality coal, which points to growth in coal imports.