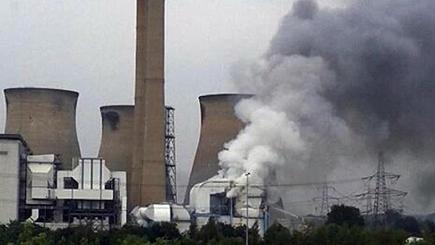 Firefighters have managed to put out the flames at a landmark coal-fired power plant in West Yorkshire, England, but not before the blaze caused a partial tower collapse at the site.

The coal-fired Ferrybridge C Power Station experienced a massive fire that broke out on the third floor of the building, next to the River Aire in West Yorkshire. The incident could cost owners SSE in the region of £35m in earnings.
The fire is understood to have broken out in unit 4 of the coal plant where equipment was being fitted to make the plant compliant with EU air pollution standards, but also impacted unit 3 at the site.

RBC Capital analysts estimated the loss of output from the plant to be at around 2.5 GWh which at current market values would result in a loss to earnings of around £35 million. “These do not include cost to repair (largely insured) or transactional costs of buying back forward contracted power that will now need to be sourced from elsewhere,” RBC Capital added.

West Yorkshire Fire and Rescue Service (WYFRS) said no-one was injured but the blaze had resulted in the partial collapse of the tower, believed to be used to remove sulphur dioxide from gases produced at the power station.

National Grid said the station was currently on “summer shutdown” and had not been generating electricity.