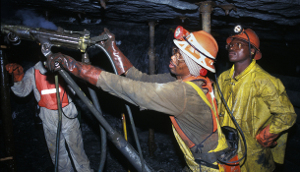 In response to the difficulties associated with ongoing power shortages in South Africa, Sibanye Gold is planning the development of a solar power plant to produce electricity independent of the national grid.

Power utility Eskom has been struggling and mining companies, among some of the heaviest power users, have had to cut consumption by up to 20 percent. The gold producer expects the plant to be up and running in 2017. Power makes up 20 percent of Sibanye’s overall costs.

Sibanye is also in the early phases of developing a coal-fired power station with the aim of being completely off the grid.

“Ongoing delays at Eskom’s new capacity-build projects and a lack of critical maintenance at its existing stations has resulted in regular supply interruption, which is likely to continue for the foreseeable future,” Sibanye said.