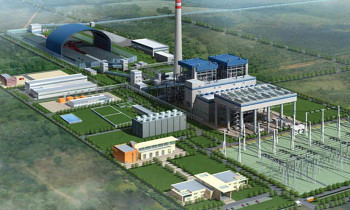 South African firm Mulilo Renewable Project Developments and Botswana’s Shumba Coal have agreed to jointly develop a coal-fired power plant in South Africa which will export power to Botswana, the two companies said in a statement.

The planned 300 MW Mabesekwa Export Independent Power Plant (MEIPP) (pictured, artist’s rendition) will use a maximum of 40 MW of its output to power an associated coal mine, with the rest slated for export.

The project will be developed under South Africa’s Coal Base Load Independent Power Producer Procurement programme, launched in December 2014. In the programme’s first tender phase, 1 GW has been allocated for projects located in South Africa and 600 MW for cross-border projects.

Alan Clegg, Shumba Coal’s chairman, called the agreement a “landmark development” in his firm’s energy strategy and an effort at “matching our assets and projects with the best partners under stressed conditions”. He said the project will “translate into the creation of a new and strong economic contribution to the Southern African energy market”.

The company’s development strategy includes multiple coal-fired power projects in Botswana, including the 300 MW Sechaba project in the country’s central region, currently at the permitting stage. Shumba says the Sechaba site is located next to a 400 kV substation which can transmit power to nine surrounding countries.