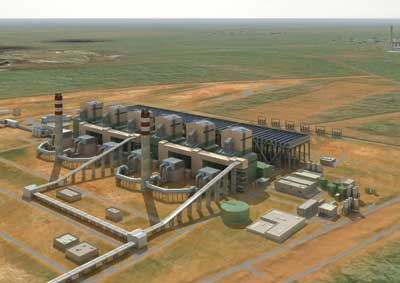 President Jacob Zuma opened the $7.89bn six-unit, 4,764 MW Medupi plant near Lephalale, about 350 km north of Johannesburg, as the country bids to deal with the shortfalls in power that has plagued its economy.

The facility was started in 2007 but the first 794 MW only came online this week after delays due to strikes, technical issues and cost overruns.

“Shortage of energy does not only cause enormous inconvenience, it is a serious impediment to economic growth. Today, I am here to say, there is light,” Zuma said on Sunday.

Once completed it will be the fourth-largest coal-fired plant and the largest dry-cooled power station in the world, the government said.