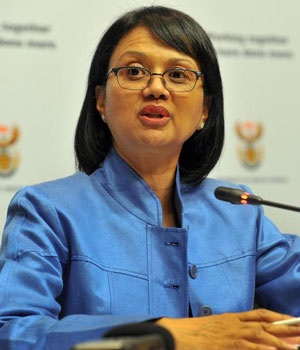 South Africa‘s energy minister has said the country may increase the amount of planned gas-fired power capacity in its generation mix.à‚

According to media reports, Tina Joemat-Pettersson (pictured) said at this week’s SA Gas Options meeting in Cape Town ” an opportunity for gas sector stakeholders to speak with Energy Department officials ” that the country’s independent power producer programme, which aims to deliver 3.1 GW of gas-fired power projects by 2025, “may be increased”.

“I need baseload electricity,” she said, referring to the country’s chronic power shortage, “and gas will be a cornerstone of that baseload”.

A Department of Energy tender for gas-fired projects closed in July, garnering 150 responses which Joemat-Pettersson said were “good proposals”.

The minister reportedly compared her country, which is the world’s second-largest coal power user after South Korea, to “a junkie addicted” toà‚ coal- and diesel-fired power, and said South Africa’s energy mix must change. But the country’s gas strategy is seen as lacking long-term vision, with the publication of its 30-year Gas Utilization Master Plan (GUMP) delayed since the beginning of this year due to lack of final approval. According to Joemat-Pettersson, the plan has not been approved because it is “is inadequate for what we want to do in gas”.

A report from analysis firm Econometrix, released the day before the Gas Options meeting, said an additional 8.6 GW of gas-based power could raise South Africa’s GDP by R645bn ($46.5bn) if supportive policy incentives were also put in place.

Earlier this month, it was reported that South Africa may increase its planned nuclear power capacity above the 9.6 GW that is currently its goal for 2030. à‚