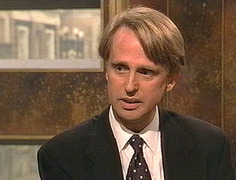 Royal Dutch Shell’s head of gas power development believes Europe is self-sabotaging its own efforts to reduce greenhouse gas emissions by choosing a coal-renewables pathway, at the expense of gas-fired power.

Policy confusion in Brussels means as much as 11 GW of coal-fired generating capacity could come on line in Europe over the next four years, according to the company, one of the world’s largest natural gas producers.
“Europe is following a coal-plus-renewables pathway and that is a very unappealing scenario with rather high costs and low results,” Dick Benschop said in an interview with the FT after speaking at a London energy conference.

The gas chief’s comments come amid the backdrop of conflict in Brussels about the strategy for the bloc’s energy and climate policies to 2030.

The US shale boom has made natural gas cheaper in that country, triggering an influx of cheap American coal to Europe that has helped make gas plants less economically viable.

Shell (LSE:à‚ RDSA) says Germany’s coal imports rose more than 7 per cent to nearly 44m tonnes in 2013 from a year earlier and the UK saw a similar rise, while carbon dioxide emissions in both countries increased in 2012.

At the same time, large EU utilities estimate at least 30 GW of gas-fired power generating capacity has been mothballed around Europe.

Mr Benschop doesn’t submit to the consensus that the present situation is temporary and the rising US natural gas prices will eventually make coal more attractive there and stem the flow of exports to Europe.

“Some people say, ‘Oh it’s just a blip, it’s not structural, it will come back’,” he told the FT. “This is incorrect,” he added, arguing a higher price of carbon was needed to pare back coal use in Europe.

This is unlikely any time soon, however, because the economic downturn and other factors have seen carbon prices plummet in the EU emissions trading system, the bloc’s flagship policy to combat climate change.

Moves to bolster the scheme, the world’s largest carbon market, are due to be considered by EU leaders at next month’s European Council meeting, which is scheduled to discuss the bloc’s climate and energy targets to 2030.

Meanwhile Shell had reason to celebrate this week as the UK government awarded a multi-million pound contract to the Peterhead project to develop the first commercial scale gas carbon capture and storage (CCS) plant.

The CCS project, a joint venture between Shell and SSE in Aberdeenshire, becomes the second power station after the White Rose coal CCS project in Yorkshire, to be awarded government funding for a front end engineering and design (Feed) study.

The Feed study will see detailed engineering and planning processes completed before a final decision is made on whether either of the CCS projects will move forward to the construction phase.

Energy secretary Ed Davey said: “This project envisions a cleaner, greener future for the North Sea and will support thousands of green jobs.”