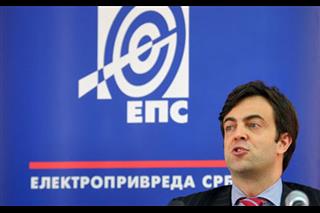 The Serbian government is in discussion with the European Bank for Reconstruction and Development (EBRD) as it looks to split the Elektroprivreda Srbije (EPS) utility.

Belgrade is requesting a $227m loan to help with the overhaul of the utility as part of an overall effort to reduce its public sector.

The company produces almost all of Serbia’s annual consumption of 38 gigawatt-hours of electricity, of which more than two-thirds is in coal-fired plants and the rest in hydro power.
The government now wants to separate EPS into separate production, distribution and supply arms and sell a minority stake.

Earlier this month, EPS said it had signed contracts to separate its operations, the latest step towards full liberalisation of the Balkan country’s energy market . That would put Serbia in line with standards in the European Union, which it hopes to join.

“The old way of EPS’s organisation is becoming history and will now be replaced by a stronger, more organised and vertically integrated EPS,” General Manager Aleksandar Obradovic said on June 1.

EPS said that the first phase of the plan, aimed at helping streamline the business and making the utility more profitable, would begin on July 1. The second phase will turn EPS into a share-holding company by the summer of 2016.

EPS plans an initial public offering in 2016 and aims to sell a minority stake to a strategic partner, a senior company official previously told Reuters.