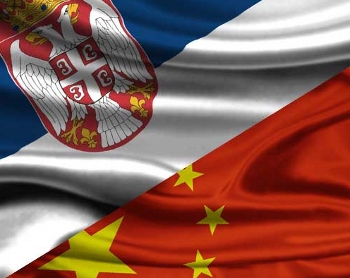 The first major investment in Serbia’s creaky power infrastructure in over two decades is set to be agreed this week, thanks to assistance from China.

The two nations will finalize a deal worth more than $600m next week to add a new unit at the Kostolac coal-fired power plant, and an agreement is planned for a meeting of Chinese and eastern European leaders in Belgrade mid-week.
Reuters reports Kostolac plant manager Dragan Jovanovic confirming the impending deal to local media and said the unit should be operational by the end of the decade.

Chinese investors are increasingly targeting energy projects in the Balkans, boosting their presence and showing a willingness to take bigger risks than European rivals in a potentially lucrative market with good links to the European Union and scope for price rises.

The project will include the construction of a new 350 MW unit and expansion of the nearby Drmno coal mine.

The Chinese loan is to be repaid over 20 years and will include a seven year grace period and fixed annual interest of 2.5 per cent.

Due to their outdated technology, the plant’s B1 and B2 units operate below their full capacity and the upgrade is designed to boost their output, extend life span and reduce greenhouse gas emissions.

Serbia is under pressure to modernize its infrastructure, which remains dependent on aging coal-fired power plants along with hydroelectric power.

Major flooding exacerbated the country’s power problems in May when a mine supplying Serbia’s biggest power plant was inundated, forcing the country to import power and coal to meet its energy shortfall.