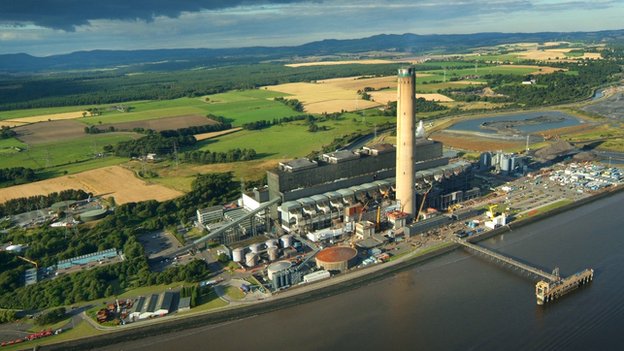 Scotland’s last operating coal-fired power plant is set to close by March 2016, its operator has announced.

The 2400 MW Longannet power station, which came online in 1970 and was Europe’s largest power plant at the time, was designed for a 30-year operational lifespan and had been scheduled to close by 2020.

Despite the plant’s increasing unprofitability, operator ScottishPower had hoped to keep it going with the help of a £15m ($22m) short-term voltage control contract with National Grid, for which it had submitted a bid. However, the contract went to SSE’s 1180 MW Peterhead gas-fired power plant. National Grid said the award was due to “a number of factors” including “the ability to provide system stability and resilience, and value for money for [British] consumers”.

Longannet had become increasingly uneconomic due to strict emissions taxes and the high cost of connecting to the UK’s grid, with location-based connection costs of around £40m per year (as compared with an equivalent power plant closer to UK population centres, which would receive a payment of £4m). In October Scotland’s energy minister, Fergus Ewing, said Scotland’s power plants were being priced out of the market.

“We need an urgent rethink on policy for baseload capacity and reform of the UK transmission charging system,” Ewing said at the time.

Neil Clitheroe, ScottishPower’s retail and generation chief executive, said this week that his firm was “extremely disappointed with National Grid’s decision as ScottishPower submitted a competitive bid that reflected our commitment to protecting the immediate future of Longannet Power Station.

“Today’s decision by National Grid means that, in all likelihood, we will be forced to announce the closure of Longannet by March 2016,” he concluded.

Gina Hanrahan, Climate and Energy Policy Officer at WWF Scotland, commented: “While Longannet has served Scotland well for over 40 years, it is Scotland’s single biggest source of climate emissions and a combination of EU air pollution rules, carbon pricing and factors such as transmission charging have made the aging plant’s closure inevitable.”

And a spokesperson for the Department of Energy and Climate Change (DECC) said: ““The awarded contract is good news for Peterhead, a plant that is developing carbon capture and storage (CCS) technology  which will help towards our carbon emission objectives. This will also help maintain high levels of electricity security for Scotland.”

A CCS project planned for Longannet was scrapped in 2011.