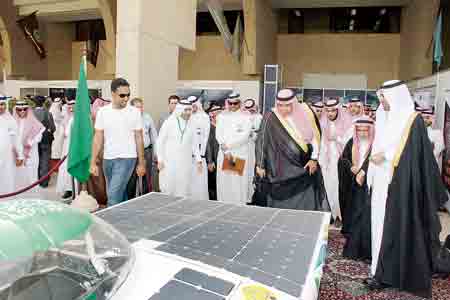 The Kingdom of Saudi Arabia’s Sakaka solar power plant has received offers to supply the electricity from the facility at record low prices.

The plant is the first of many under a $50bn plan to expand renewable energy in the kingdom, as it looks to diversify away from fossil fuels.
The energy ministry said Abu Dhabi’s Masdar and Electricite de France SA bid to supply power from the 300 MW solar photovoltaic plant for as little as 6.69736 halalas a kilowatt hour, or 1.79 cents, according to a webcast of the bid-opening ceremony on Tuesday in Riyadh. If awarded, that would beat the previous record for a solar project in Abu Dhabi for 2.42 cents a kilowatt-hour.

While the offers submitted are remarkably low, the actual cost of power coming from the projects may be inflated by terms within the contracts that aren’t yet published, according to Bloomberg New Energy Finance.

The price may reflect a “base rate” paid at periods of peak demand or a price that applies only for part of the project’s life, according to analysts. It also could include a payment to the winning developer, land grants or other incentives to get the solar industry started in Saudi Arabia.

Despite some disagreement on those costs, it is a big milestone for Saudi Arabia, as it represents a big expansion from its current base of 1 per cent renewable power.

The government currently plans to develop 30 solar and wind projects over the next 10 years, as part of the plan.

The plant will be the first awarded under the renewables program, which targets 9,500 MW of electricity generation capacity using solar and wind by 2030. The project is set to start producing power by June 2019, according to the bid.

Saudi power-plant developer ACWA Power made the second-lowest bid at 8.7815 halalas per kilowatt-hour, and a group led by Marubeni Corp. made the third-lowest bid. Masdar, officially named Abu Dhabi Future Energy Co., and EDF are already partners in an 800-megawatt project in Dubai.

The large size of the projects being offered has played a key role, as developers have been able to bid lower prices for electricity because of anticipated economies of scale.

Officials at the ministry’s Renewable Energy Project Development Office will review all the bids presented before awarding a power-purchase contract, according to the webcast. 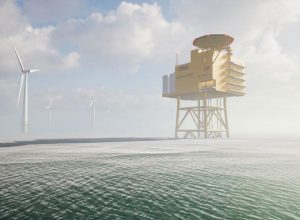