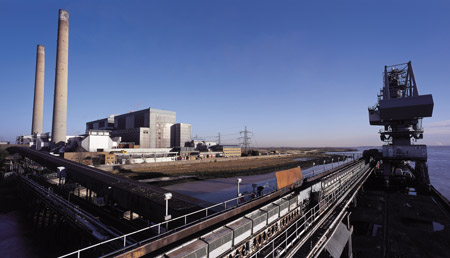 German utility RWE has commenced the planning process for the construction of a 2.5 GW gas-fired power plant in Essex, England.

If the development is to proceed it would be a big boost for the UK energy system, as old coal and nuclear plants are being taken out of the equation.

RWE is starting the planning process to build a 2.5 GW gas power plant in Tilbury, Essex on the site of a former biomass station in what could be a potential boost to the UK energy system.

RWE’s plans also include a possible 300 MW open cycle gas turbine and an energy storage facility at the same location as the proposed combined cycle gas turbine plant – or CCGT at Tilbury, Essex. Tilbury is the site of an old coal-fired power plant, closed since 2013.

Britain has struggled to attract investment to build large scale gas-fired power plants, despite strong rhetoric favouring this technology, as a means of balancing the growing renewable content on the system.

Companies enter their plans into annual “capacity market” auctions for subsidies to ensure Britain has sufficient power in future winters. But the prices at which those auctions have cleared so far have been insufficient to encourage companies such as ScottishPower to proceed.

Plans for a 1.9 GW gas station near Manchester, proposed by Carlton Power, stalled last year as the company struggled to raise funds. RWE said any final decision to build the CCGT at Tilbury would depend on “future market conditions and commercial viability”.

Demolition of the old plant began at the start of this year and is due to complete in 2018. The company said the site, in the borough of Thurrock, “is considered to be one of the best in the country for power generation given its proximity to London, the National Grid electrical and gas system and cooling water from the River Thames”.

RELATED NEWS
From coal to biomass to closure: last day for Tilbury