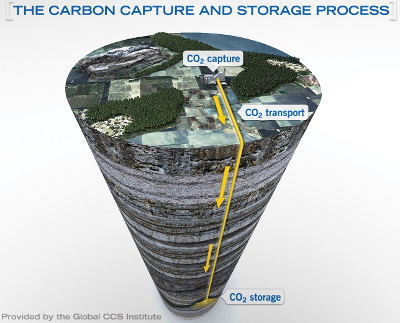 A report by the carbon capture and storage industry in the UK has forecast financial woe for the government if it does not reverse its decision to cancel a à‚£1bn funding competition.

The Department of Energy & Climate Change’s (DECC) is being lobbied by the Energy and Climate Change Committee to reverse what it called a ‘damaging and disappointing decision’ and produced analysis contained in the report warning that project cancellations could ultimately add à‚£1bn-2bn a year to the cost of decarbonisation throughout the 2020’s.

The ‘Future of carbon capture and storage in the UK‘ report ” released on Wednesday- warned that DECC’s lack of communication prior to – and in the aftermath of – the CCS cancellation has damaged investor confidence and muddied the waters in the wake of the historic Paris climate agreement.

The report’s authors say the decision to cancel the à‚£1bn competition was announced despite research showing that 15 CCS projects worldwide would capture 28 million tonnes of carbon this year alone.

Angus MacNeil MP, Energy and Climate Change Committee Chair: “If we don’t invest in the infrastructure needed for carbon capture and storage technology now, it could be much more expensive to meet our climate change targets in the future. Gas-fired power stations pump out less carbon dioxide than ones burning coal, but they are still too polluting.

“If the Government is committed to the climate change pledges made in Paris, it cannot afford to sit back and simply wait and see if CCS will be deployed when it is needed. Getting the infrastructure in place takes time and the Government needs to ensure that we can start fitting gas fired power stations with carbon capture and storage technology in the 2020s.

The report also advocates DECC to engage with the National Infrastructure Commission to explore options on the transportation and storage of CO2.

It claims that allowing the decision to stand means losing an opportunity to exploit existing oil and gas assets in the North Sea ” which could store European industrial emissions for the next 100 years and create huge revenue increases.

Claire Jakobsson, the head of energy and climate policy at manufacturers organisation EEF said, “For many sectors, such as steel and cement, there are simply no other options available for cutting emissions. No Government support for CCS locks many industrial sectors into a carbon intensive future paying increasing amount in carbon taxes and puts them at a competitive disadvantage.”