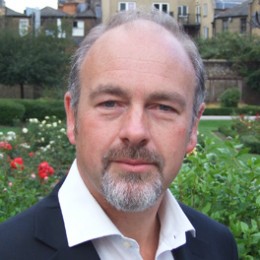 A report from the Energy and Climate Intelligence Unit has found that the UK can make significant savings in securing its energy future by choosing an alternative power strategy, omitting the development of Hinkley Point C nuclear power plant.

Meanwhile the World Nuclear Association has responded to claims that the project is ‘too expensive’ , telling Power Engineering International that those holding this view ‘seem blind to the true costs of alternatives today.’

The think tank’s data indicates that the UK could save £1bn a year by opting for the development of a mix of offshore wind power, gas-fired power and interconnectors with other countries.

The report concludes that as few as four big offshore wind farms could provide as much electricity as the 3.2 GW expected from Hinkley, with gas and interconnectors as back-up.

Richard Black, director of the ECIU (right), said “Our conclusion is that [Hinkley is] not essential; using tried and tested technologies, with nothing unproven or futuristic, Britain can meet all its targets and do so at lower cost. If Mrs May decides to go ahead with Hinkley, all well and good — if she decides not to, or if the project stumbles at a later stage, we have alternatives.”

FT reports that replacing Hinkley with more offshore wind power could shave £10-£20 per year off the average household energy bill, while greater use of gas-fired power to meet peak-time demand would save £16bn in infrastructure costs.

A combination of these alternatives, together with more cross-border interconnectors and measures to reduce electricity demand, would produce an annual saving to the UK economy of £1bn compared with the cost if Hinkley goes ahead, the report said.

The Department for Business, Energy & Industrial Strategy reacted to the findings to say that the UK needed “a diverse and reliable mix of energy sources including nuclear, renewable energy and gas”. The government was “considering all component parts of the Hinkley project and will make its decision in early autumn”, it added.

David Hess, Communications Manager at the World Nuclear Association, went further telling Power Engineering International that opponents of Hinkley Point C were failing to take in the full context of what the technology had to offer.

“Forward looking projections of renewables and fossil fuel costs aside, nothing has fundamentally changed about the question of how to best meet the diverse needs of UK energy policy since the Brexit vote. Those stating that Hinkley Point C is ‘too expensive’ seem blind to the true costs of alternatives today, over optimistic about their potential and suddenly rather hazy on whether they actually care about climate goals.”

Hess added that critics weren’t taking into the considerable benefits associated with nuclear power, such as enhanced grid reliability, and small environmental footprint.

“From a holistic system perspective, the Hinkley CfD still offers good value for money. Importantly it gets new nuclear rolling in the UK, rejuvenating UK industry while facilitating future nuclear cost reductions. Nuclear energy working in harmony with renewable sources is the best way to meet climate and energy security goals at the lowest overall cost to consumers.”

Peter Haslam, head of policy at the Nuclear Industry Association, an industry group, said nuclear power had a crucial role in replacing the 65 per cent of UK electricity generation capacity expected to have disappeared between 2010 and 2030 as coal-fired power is phased out and old nuclear reactors are decommissioned.