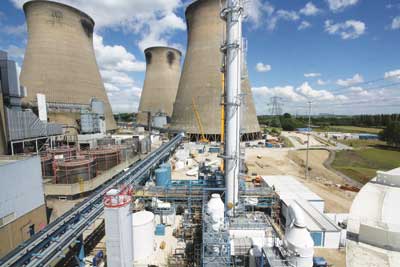 A new study of carbon capture and storage has claimed that the technology may not achieve the promised emissions reductions and could have a greater overall impact on the environment than unabated gas power plants.

The authors of the report, published in the journal Energy Policy, suggests the government may have “underestimated” the effort needed to decarbonise the power sector, according to Business Green.

The University of Bath study finds CCS may remove 90 per cent of emissions directly from coal and gas fired power plants, but only results in a 70 per cent cut in overall emissions produced once fuel processing and transport-related emissions, as well as leaks of potent greenhouse gas methane from mines, wells, and pipelines, are considered.

Even though a 70 per cent cut is still a significant emissions saving, it falls short of what the government has used in its official projections, the authors say.

They warn failing to incorporate these upstream emissions into government calculations could mean ministers “seriously underestimate the challenge of achieving a decarbonised electricity sector”, putting the UK‘s climate targets at risk.

Co-author Dr Craig Jones added that while the UK should not abandon its investment in CCS, which includes a à‚£1bn commercialisation competition, the government must look to speed up the development of the technology because depleting fossil fuel reserves will render CCS less useful in the longer term.

“CCS will be an important medium-term technology, but we’re not delivering it fast enough,” Dr Jones said. “But there’s a real danger we could miss the window where it is most effective.”