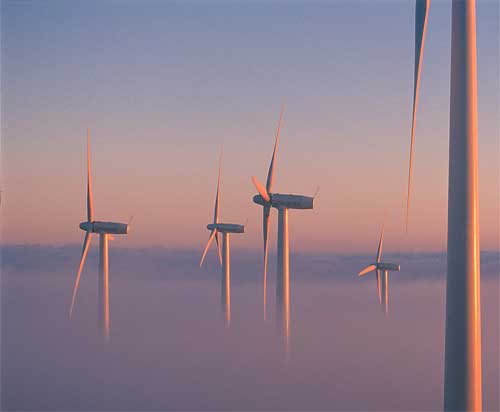 The 2014 GB fuel mix was powered by a rise in output from renewable sources as coal-fired generation continued to fall.

In the twelve months to the end of December, levels of coal-fired generation fell 23 per cent from the previous year due to a 10 per cent decrease in installed coal capacity and lower gas prices in the summer months, which made gas-powered generation more economically viable.

Levels of gas in storage were high in mid-summer following a mild winter, while operators shut down several coal plants in favour of carrying out upgrades to cut emissions.

The fall in coal-fired generation came despite a 9 per cent year-on-year drop in the levels of nuclear output, which came about as a result of long-term outages at the Heysham 1 and Hartlepool plants. Meanwhile, levels of gas-fired power generation rose 8 per cent in 2014.

Despite these statistics from the EnAppSys study, coal was still the dominant source of power in 2014, accounting for 31 per cent of Britain’s fuel mix. CCGT plants provided a further 28 per cent, nuclear plants 19 per cent and wind almost 9 per cent; with interconnectors (6 per cent), biomass (5 per cent) and other fuels (2 per cent), including hydro and solar, making up the final 13 per cent.

Offsetting the reduced levels of nuclear and coal output was a 19 per cent rise in levels of generation from renewable plants, with electricity generated by wind farms up 15 per cent from 2013 and by 97% in the fourth quarter alone.

Over the year, wind farms’ share of total power generation rose from 7.8 per cent to 8.9 per cent, with increased wind capacity likely to take that figure over 10 per cent in the coming years. Overall levels of generation from renewable plants totalled 16.9 per cent of power, up from 14.2 per cent in 2013.

This rise of renewables, coupled with reduced levels of coal-fired generation, meant that carbon emissions were down by an estimated 12 per cent to 112 megatonnes (Mt) on 2013 and 18% lower than the figure in 2012.

Paul Verrill, Director of EnAppSys, said: “The GB power market can essentially be broken down historically into three significant periods. The first pre-1960s era saw the early beginnings of the market with most generation provided by coal, the second saw the rise of oil and nuclear power within the overall fuel mix and the third post-1990 era saw the rise of gas-fired generation as part of the dash for gas era.

“Since 2010 we have arguably seen the beginnings of a new era, whereby increased levels of generation from wind and other intermittent power sources along with increased levels of imports from the continent have contributed to a more complex GB electricity system.

“In 2014 some 78 per cent of total generation continued to be provided by coal, gas or nuclear powered plants, but with wind farms continuing to provide an increasing share of overall generation this has necessitated a smarter approach to power generation – creating new challenges for all participants in the market.

“However, the increased levels of renewable generation, led by wind farms, alongside the higher levels of gas-fired generation at the expense of coal plants have led to notable reductions in levels of carbon emissions, with GB wholesale power prices remaining competitive against those on the continent.

“As levels of renewable generation continue to rise there remain further challenges ahead as the market continues to adapt to requirements ‘to fill the gaps that arise’, with smaller lower capex plants having already succeeded at the expense of higher cost CCGT plants in capacity auctions earlier this year. All in all, 2015 promises to be another interesting year as this new low-carbon era continues its onwards progression.”

Read more on this report here