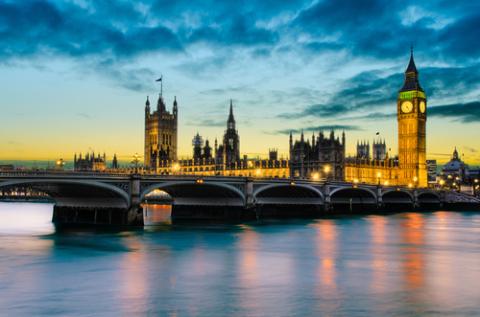 A report by energy market analysts EnAppSys shows that renewable energy sources set a host of power generation records in the UK in the second quarter of 2017.

The large volume of renewable power was a major factor in volatile system prices during the period. Meanwhile the report also showed coal plants struggled in the quarter and produced less than 2 per cent of total generation.

Output from renewable energy sources hit 21.3TWh over the quarter ” a Q2 record and a 56 per cent leap from levels generated in Q2 last year. The most recent quarter was the second consecutive three-month period in which renewables were the second largest source of generation after gas, with Q2 2016 also having seen a similar position for renewables.

Paul Verrill, director at EnAppSys, said, “Q2 2017 saw the highest renewables output ever recorded in the second quarter of any given year, with generation levels significantly higher than those in Q2 2016. This was helped by a particularly strong levels of wind generation, which were 40 per cent up from the previous Q2 record.”

Strong wind generation, along with low demand for electricity and increased levels of solar capacity, was a key reason for the continued decline in coal output, with coal-fired stations providing less power than any other major fuel type in the quarter as coal continues to be pushed to the margins of the market.à‚

Coal-fired power stations generated 1.3TWh of power in the three months to the end of June ” just 1.8 per cent of the overall power mix and a steep fall from the 11.4 per cent share recorded in the previous quarter. The Q2 2017 statistic is in sharp contrast to the second quarter of 2013, when coal generated 27.9 TWh (38.4 per cent) of UK power.

The decline in coal from these much higher previous levels has come about as the UK has increased carbon taxes well above the norm in most European countries, with these carbon taxes increasing the breakeven cost of coal above that of gas; boosting the latter source of generation.

The EnAppSys study showed that gas-fired power stations provided 38.3 per cent of British power requirements during Q2 2017, with 29.5 per cent coming from renewables. Nuclear units generated a further 23 per cent, coal 1.8 per cent and imports provided the remaining 7.5 per cent.

Verrill said, “Whilst renewable generation was very strong, levels of coal-fired generation were very low and coal stations primarily provided reserve power as required across the quarter along with some voltage control services.

“Gas plants continue to retain the economic advantage over coal plants in the market, but commodity prices are such that coal could increase output levels once again if gas prices were to rise. This shift from gas to coal has been helped considerably by the very high carbon taxes that apply to fossil fuel generators in the UK ” well above the prices paid in Europe ” and without these taxes, coal-fired stations would have seen considerably higher levels of generation.

“With a more even split of generation between the two fossil sources, renewables might have been the largest source of generation in the quarter, but at the cost of higher carbon emissions across the system.”

Verrill added that another key trend that emerged in the period was increased price volatility due toà‚ à‚ à‚ à‚  strong levels of renewable generation.

“Low demand coupled with high levels of renewable generation led to occasions where the system was very well oversupplied and this resulted in frequent negative system prices ” the prices at which market operators can buy and sell power from and to the system. A negative price means that operators are charged rather than paid for generating this excess power, despite also having to pay the costs of generating that power.

“At the same time, the quarter also saw a period of low renewable output that resulted in a high system price that exceeded à‚£1,500/MWh. During this period, any plants under delivering against their traded volume would have had to buy any shortfall at these prices and this activity shows the impact of renewables upon price volatility.

“The coming winter will see the introduction of the Capacity Mechanism and this might start to change the frequency of high prices within the system. However, while the Capacity Mechanism will offer relief with respect to periods of under-supply, periods of over-supply are only expected to become more frequent going forwards, at least until levels of storage operating in the market start to absorb these excesses and then feed the volumes back into the market.”