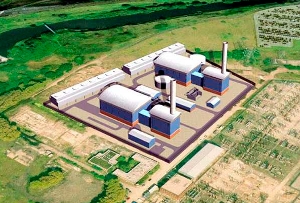 Energy consultants Baringa has produced analysis that predicts a halt to power plant development in the UK as gas power’s resurgence as a profitable competitor to coal means utilities are set to delay investment in new facilities.

Baringa says investment might be held back for three years as the profit difference recorded between coal and gas has shrunk to the smallest since 2011. Bloomberg reports that only one UK gas generator is under construction (at Carrington, Manchester) since 2009.
Bloomberg Energy Finance also added that the tight competition between coal and gas meant profit margins were too small and not enough to “drive any investment behaviour because the balance could flip-flop very quickly”.

At just two per cent, the UK has the lowest amount of spare capacity in western Europe at a time when gas plants are being mothballed and pollution controls are resulting in the closure of coal plants. Energy imports are at their highest in 40 years.

This year’s 40 per cent plunge in UK next-month gas prices has driven the difference in profit between burning coal and gas for power to as little as 20 pence ($0.34) on July 11, according to data compiled by Bloomberg.

The UK got about 36 per cent of its power from coal-fed plants in 2013, down from 39 per cent in the previous year, while gas generation was stable at 27 per cent, according to the UK Department for Energy and Climate Change.