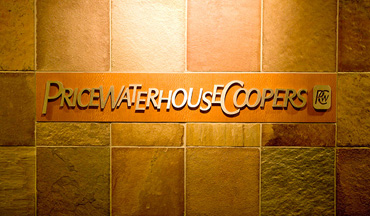 Despite an apparent move away from growing its renewable energy sector, data compiled by PwC shows that Britain posted a record 34 per cent jump in green power last year.

However coal-fired power plant closures and improved energy efficiency has seen the country rise to second place in a global ranking of countries’ green economic performance.
Only Australia finished higher, which is a surprising statistic in itself, given that country’s government attitude to the sector since taking office. Australia slashed its carbon intensity by 7.2 per cent after a drop in energy demand and a rise in hydropower.

“The UK is starting to turn the corner on carbon,” said Leo Johnson, a partner in the climate change division of PwC, the accountancy group, which does an annual ranking of nations’ “carbon intensity” – the amount of carbon dioxide emitted for every dollar of gross domestic product.

This is an important measure of whether economies can keep growing while slowing the carbon dioxide emissions from burning fossil fuels that are responsible for climate change.

PwC’s latest study shows the UK cut its carbon intensity by 4.8 per cent in 2013 compared with a year earlier. This was four times the average global level.

The coalition government has approved a hefty round of subsidies worth billions of pounds for renewable and nuclear in the last year through its energy bill.

The 34 per cent growth in renewable energy in the UK was the biggest of any G20 country, according to PwC, quoting data from BP’s world energy review rather than UK energy department statistics, which show a 30 per cent rise in such generation last year.

The UK figures show renewables accounted for 15 per cent of UK electricity generation in 2013 – lower than Germany, Spain and other big renewable markets but still notable.

Globally, countries should have cut their carbon intensity by 6 per cent last year to avoid two degrees of warming, PwC has calculated. Instead, they managed only 1.2 per cent, meaning the world is on track to reach 4 degrees of warming by the end of the century.