Japan is to step up its reliance on coal power generation as the country continues to deal with the consequences of the forced shut down of much of its nuclear power fleet post-Fukushima.

Tokyo is accelerating the environmental assessment process for new coal-fired power plants as its power sector struggles with a surging energy bill.

At the moment it takes up to four years for approvals to be processed and the indications are that the government wants to cut that timescale to just 12 months.

Just two out of 50 of the country’s nuclear power plants are currently operational and because of the closure of so much nuclear capacity, Japan had been using oil-fired plants, which have substantially increased the energy bill.

Tokyo Electric, which operated the Fukushima complex, is adding an estimated 2.6 GW a year of coal-fired generation capacity from two new plants that started operation this month.

It is also sourcing electricity from two coal-fired plants operated by Tohoku Electric Power Co that have been restarted after being repaired following the devastating March 2011 earthquake and tsunami. 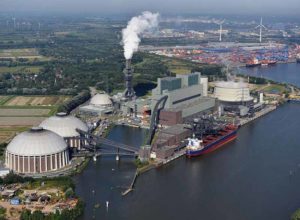