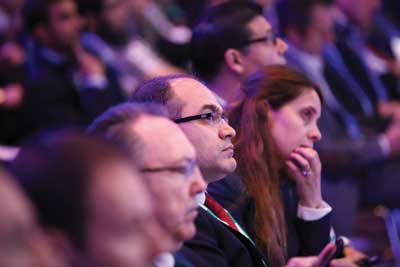 Recent pilot projects aimed at developing carbon capture in Europe have led to a positive outlook in technology, with only costs providing the last true obstacle to progress.

Peter Ratgen, Head of E.ON Innovation spoke to POWER-GEN Europe’s Today newspaper on Wednesday and emphasised that carbon capture‘s problem wasn’t a technical one, but a question of costs, even if some tweaking is needed to perfect it.

“We believe we can build and operate it and know it can work but we haven’t reached the optimisation stage, in the sense of making it more energy efficient and for example finding new ways of getting the degrading stage out of the process. There is of course the additional risk for the next upscale, when planning for a 250 MW plant. But we believe the risk is manageable as the technology is mature.”

Pilot scale testing has a significant cost for installation and operation ” tens of millions has to be invested and while there has been a lot of good results more needs to be done to address the issue of costs when upscaling.

Ratgen’s team, in partnership with Flour, is involved in a carbon capture pilot testing project at Wilhelmshaven Coal fired power plant in Germany. The E.ON innovation chief referenced the words of the various international agencies in the past year, including the Intergovernmental Panel on Climate Change (IPCC) who have stressed the importance of ‘this expensive work’ in CCS, which is a key technology to achieve limiting of global warming to the two degree target. He also quoted the International Energy Agency report which stated that the world needed to ensure long term and cost competitive deployment (of CCS) aimed towards meeting climate change goals.

Ratgen pointed out the difficulties associated with the European emissions trading scheme (ETS) in terms of making CCS more attractive. “It is currently EUR5 a tonne cheaper to buy the certificate than to take the mitigating action needed to reduce CO2 ” this doesn’t help development of CCS but no doubt in the long term it remains a key technology.”

The Wilhelmshaven plant has a 90 per cent capture rate. Although the plant captured 8,000 tonnes of CO2 during its test period, it didn’t have a storage facility, so those emissions were released.

“It is important to maintain a good winterisation of the plant when there is no continuous operation (the Wilhelmshaven plant is closed at weekends). Water based difficulty, namely freezing when inactive can cause damages.”

He also emphasised carefully checking of material selection against requirements as it needs to be up to the challenges of a difficult environment and also highlighted the problem of disposal of potentially contaminated condensate.

Earlier Fabrice Chopin, project manager at EDF R&D delivered an update on the pilot project involvement at the 600 MW Le Havre coal-fired power plant at the mouth of the Seine in France

Between July 2013 to March 2014, 1,900 tonnes of CO2 was captured, despite some issues with equipment availability and power plant not always operating. The facility captures an average of just 81 per cent of CO2, and Chopin told the audience that the results indicated potential for further
CO2 capture efficiency and thermal performent plus solvent management.

Room for improvement has been identified with the need for operators’ learning curve to be considered in test planning.