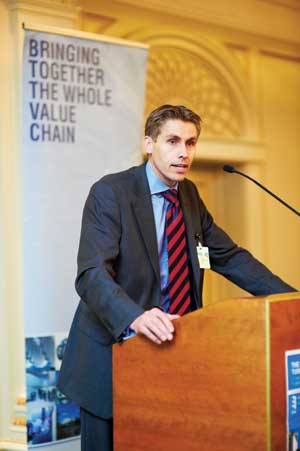 The head of Europe’s main gas turbine association says politicians are failing to react quickly enough to the realities of the bloc’s power sector, leading to coal power continuing to hold sway in certain countries.

Coal’s dominance over gas has persisted due to a low carbon price, running counter productive to Brussels’ aim to cut CO2. However the head of the World Coal Association has countered anti-coal rhetoric to say that ruling out coal power is an unrealistic position.

Christer Bjàƒ¶rkqvist of the European Turbine Network, when asked for his reaction to the closure of the EnBW gas-fired power plant in Karlsruhe, Germany, made mention of the carbon price anomaly saying, “Even when the facts are on the table it is not easy for politicians to react quickly and take such an inflection.”

The closing of the EnBW gas-fired power plant is illustrative of the tough competitive situation that natural gas combined cycle gas turbine plants still face in this market and the importance of a very high operational flexibility in order to remain credible.

“Unfortunately, the price of CO2 emissions in the current European Trading System (ETS) is far too low to incentivise production of electricity by low carbon combined cycle plants (rather than high emitting plants),” Bjàƒ¶rkqvist told Power Engineering International. “Currently, a drop in coal price could be sufficient to put a natural gas CCGT out of the market.

“In addition, many countries with high incentives for intermittent renewable energy generation such as Spain, Denmark, Germany have learned over the past years that, in the absence of a high price of CO2 emissions or other legislative measures that prevents old coal plants from being the back-up solution, it is a very expensive and inefficient way to try to reduce carbon dioxide emissions.”

“However, even when the facts are on the table it is not easy for politicians to react quickly and take such an inflection.”

Despite casualties of the present market such as EnBW’s facility, the International Energy Agency forecast last week that gas in conjunction with renewables will eventually be prevalent in terms of overall power generation share, favoured due to the global push to decarbonise, while retaining energy security.

That positive outlook has been reinforced by recent developments in Europe where improved load factors for both coal and gas fired generation in the UK and Germany are being recorded, as a result of an increased cross-border demand for electricity from France due to a shortfall in nuclear capacity.

“Even though this has been a temporary increase, it shows what the absence of 10 GW in the grid in a country can lead to. More permanently, there have been recent announcements of the closure of a number of old coal-plants in the UK, France, Germany and the Netherlands due to political pressure and stricter emission standards (Industrial Emission Directive). In the medium term, several countries have also announced a complete ban of coal power plants, in France no later than 2023, in UK by 2025 and in the Netherlands by 2030.”

“We can therefore expect a slow comeback for natural gas-fired power generation in Europe with the UK in lead, where the “switch” from coal to gas has already started due to a carbon price floor set at à‚£18/ tonne, which is way above the price in the EU’s emissions trading scheme.”