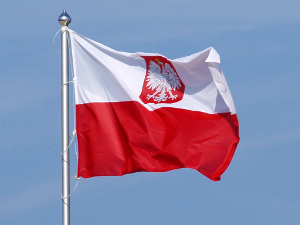 Over half of Poland’s citizens support the nation’s new nuclear power programme, a government survey has found.

The programme, which aims to see a first Polish nuclear plant built by 2024, is part of the country’s draft energy policy which includes moves away from currently dominant coal power toward a low-carbon energy mix.

Almost 64 per cent of those surveyed by the Polish Institute of International Affairs (PISM) favoured the use of nuclear power in the country – up from previous surveys by polling organization CBOS, which registered no more than 50 per cent in favour. According to PISM, the main reason for the increased support appears to be Poles’ growing anxiety about energy security, spurred by the conflict in Ukraine.

In terms of which technologies Poland should develop to advance a low-carbon agenda, 58 per cent of respondents named renewable energy, 48 per cent nuclear power, 21 per cent shale gas extraction, 16 per cent energy efficiency measures and 8 per cent coal.

Coal currently constitutes over 90 per cent of Poland’s energy mix, but a government forecast sees it being phased out, with its use dropping by almost 40 per cent by 2050 and energy from nuclear and renewables growing to around 125 TWh per year.

Consultation on the government’s draft energy policy is to run until 1 September.