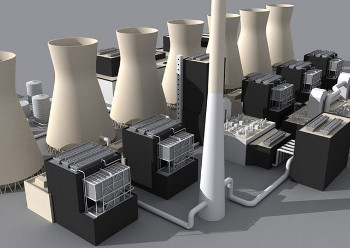 Pakistan’s government is to abandon plans for a 6600 MW coal-fired power project, reportedly due to lack of investor interest.

The Gadani Power Park (pictured, artist’s rendition) was to include 10 power plants with a capacity of 660 MW each at Gadani in Balochistan province. The plants were to run on imported coal.

According to initial reports, Chinese investors were to finance six of the projects, with two to be built by Dubai-based construction firm ANC Holdings, one by the Pakistani government and one by a Turkish investor, Nurol Group.

State-owned Pakistan Power Park Management Company was to develop, maintain and operate the infrastructure for the project, including a jetty to handle 20 million tonnes of imported coal, water supply, wastewater disposal, ash handling and disposal, cooling tower, switchyard, residential facilities and grid connection. The company received PKR1bn ($9.86m) in seed money from the government, while the Balochistan government contributed 5000 acres (2000 ha) of land.

Chinese investors were set to contribute technical and financial assistance after signing several memoranda of understanding, and the project was launched on a fast-track basis in July 2013. But the Chinese investors backed out in October 2014, reportedly calling the project impracticable due to lack of existing infrastructure in the area. Although Pakistan has invited expressions of interest through its Private Power and Infrastructure Board (PPIB), no new investors have stepped forward.

Critics have called the government’s approach to the project inconsistent, with a change from public to private financing and conflicting discussions with multiple investors. Procedural irregularities have also been noted, including allegations that the government sought exemptions for the Chinese investors from procurement procedures and international competition.

Chinese firms are active in building coal-fired power projects elsewhere in Pakistan, such as a planned 700 MW in Karachi, expected to be operational by 2018.