By Power Engineering International
May 11, 2016 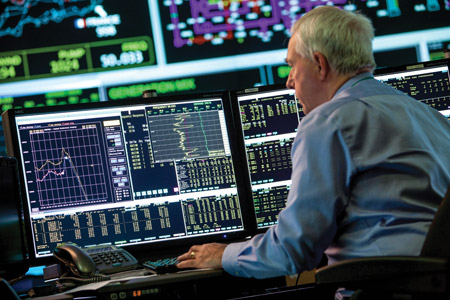 Power prices in the UK spiked on Monday night, when the failure of several old power plants led the National Grid to request emergency supply.

It was the third time the grid operator was forced to take the action in seven years and the request led to prices jumping as high as à‚£1,250 per megawatt hour, a stark contrast to the average summer price of just à‚£50.

It is highly unusual to make such a request during summer season and analysts are pointing at a persistent reliance on ageing coal-fired power plants for the failure.

National Grid said on Tuesday it had issued a so-called “notification of inadequate system margin [Nism]” at 7pm on Monday à¢€” only the third time it has done so since 2009.

“The Nism was a result of multiple plant breakdownsà¢€â€°à¢€¦à¢€â€°The market responded to the notice and the Nism was cancelled at 21.15.”

The last time the company took such action was after similar plant breakdowns last November, when it also paid heavy users for the first time to turn down their equipment.

Jonathan Marshall, energy analyst at the Energy and Climate Intelligence Unit, told FT: “It does show once again that the UK power system badly needs new investment. Seven sources of electricity failing simultaneously just shouldn’t happen and the presumption must be that the age of these plants increased the chances of failure.”