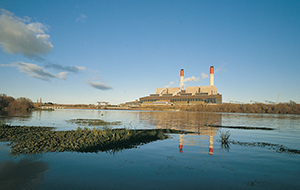 Two ORC units at the 953 MW gas- and coal-fired Huntly power station (pictured) in South Auckland – New Zealand’s largest thermal power plant – have already been shut down, and the company says retirement of the remaining two 250 MW units has been in the works since 2009 due to declining profitability.

Genesis Energy CO Albert Brantley said: “These units have largely been operating at the margin of the market for a number of years, at very low utilization rates. We expect this decision to produce operational and capital cost savings of approximately NZD$20m to NZD$25m [$13m to $16m] per annum”.

“While the Huntly Power Station has been, and remains, a great asset for Genesis Energy, the Board has taken the decision to retire the remaining Rankine units,” said Genesis Energy Chairman Dame Jenny Shipley. “New Zealand’s changing electricity market has seen improvements in the management of dry year events, along with a significant decrease in coal-fired generation, and by 2018 the two coal units will no longer be required unless market conditions change significantly.”

The plant’s coal supply contract expires in June 2017, after which time the ORC units will continue to burn scheduled coal deliveries and stockpiled coal until the fuel is exhausted. They will then operate solely on gas, if required, for the remainder of their operational life, Genesis Energy said.

The Huntly plant, which was commissioned in 1983, will continue to generate power from an existing 403 MW high-efficiency gas-fired unit and a 50 MW open cycle unit “for years to come”, the company noted.

Of New Zealand’s energy mix, 75 per cent comes from renewable sources, most significantly hydropower but also geothermal and wind.