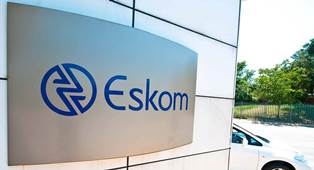 And operator Eskom has promised that the unit it will reach full power by the end of May, despite labour disputes which have stalled work at the plant in Limpopo Province in recent months.

Just last month the site was evacuated after some workers ” who are employed by contractors and not Eskom ” protested against working conditions.

In a statement, Eskom said it was “pulling out all stops to ensure that the completion of the remaining five units is not hampered by technical or labour issues”.

It said that the synchronisation of the first unit “will take time to ensure that the power it delivers is stable, consistent and reliable. From its first synchronisation, the unit has been delivering 400 MW, but because of the testing and combustion optimisation, this power is delivered intermittently, and this will continue until full power is reached around end-May 2015.”

On the recent labour dispute, Eskom said that contractors have “evaluated their position on the evidence gathered and are executing their plan to deal with their employees that actively participated in the unprotected industrial action”.

Those workers involved in the strike are said to number 1700 out of a total complement of around 14,000.