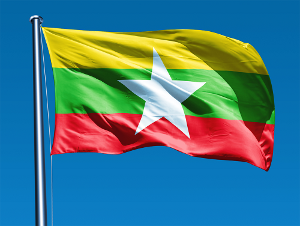 Myanmar has outlined a 15-year plan to address its growing energy demand by building 41 new power plants by 2031.

The nation aims to raise its installed capacity from the current 4580 MW to more than 29 GW in the next 15 years, as well as upgrade its aging grid to reduce transmission and distribution losses and expand electricity access. Currently, 33 per cent of Myanmar’s population has access to electricity.

The electric power ministry‘s director told Thai newspaper The Nation that Myanmar plans to focus away from hydropower, which currently provides over 66 per cent of the country’s electricity, in the near term. Instead the country will explore alternate energy sources such as coal, natural gas, solar and wind, with a capacity boost based on installing gas-fired plants in high-demand areas planned for the coming years. For the longer term, 20 new hydropower plants are planned.

Environmental and community groups have raised concerns over the planned hydro and coal-fired plants, with residents afraid of displacement by the hydro projects calling for transparency in the planning process and green groups raising environmental objections to the coal projects.