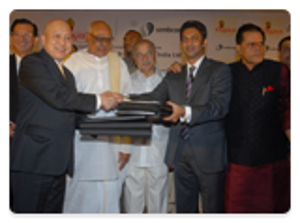 The project’s developer, Thermal Powertech Corporation India Ltd (TCPIL), is a joint venture between Sembcorp and Hyderabad-based Gayatri Energy Ventures. With the additional investment Sembcorp has raised its stake in the JV from 49 per cent to 60 per cent, with its investment now totalling $377m.

The JV was formed to develop, own and operate a 1320 MW coal-fired power plant in Andhra Pradesh, near the Bay of Bengal coast.

The plant’s first unit is expected to come online in the fourth quarter of this year, with the second unit planned for operation in 2015.

“India’s power sector offers tremendous growth potential because of a mismatch in electricity demand-supply in the country. … SCI is expanding its foothold in India as it believes this market will grow significantly over the longer term, despite the usual impediments to growth,” DBS said.