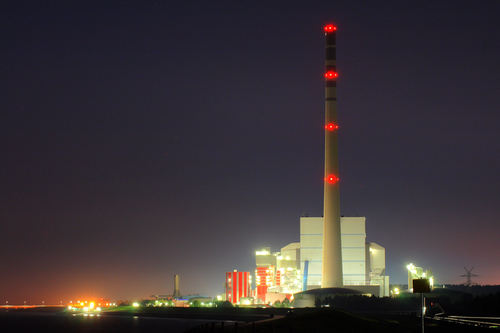 The 757 MW Wilhelmshaven power plant has had to be temporarily shut down after North Sea mussels clogged the facility’s cold water inflow system.

The E.ON-run hard coal-fired plant, which is the company’s second largest, has had to shut for at least a week in order to be de-clogged.
The northern German facility generates enough electricity to power 1.5 million homes.

“We usually scrape tonnes of mussels out of the area where the cooling water flows during the plant’s usual revisions, but this time there were so many that we couldn’t wait for the next inspection,” Markus Nitschke, a spokesman for EON, told the Bloomberg news service. “The warmer temperatures have caused this infestation.”

It’s not the first time sea creatures have affected the company’s operations. EON had to shut its 1400 MW Oskarshamn-3 nuclear reactor in Sweden last year for two days after a jellyfish swarm clogged the cooling water system.